Analysis of the Raptors Defense

By European Coach Raul Jimenez
Last week Raptors fans enjoyed the article that Raul Jimenez wrote on the Raptors offense so I’m excited to provide fellow Raptors fans with his article on the Raptors defense. In this article he provides fans with his coaching insights in the defensive sets the Raps are running this season through the use of some You Tube clips that he created.

You can read his thoughts on by clicking the “read more” link. Enjoy!


Analysis of the Raptors Defense
By Raul Jimenez

When Jorge Garbajosa went to the NBA, everybody in Spain everybody thought he couldn’t play the “3” spot. He was the best Spanish, and probably European “4,” but it was thought that he wasn’t able to play the “3” on either defense or offense in the NBA.

It’s great to see how Raptors head coach Sam Mitchell has made him able to play against guys like Vince Carter and Paul Pierce because this gives Toronto an important advantage over other teams.

Let’s take a look at Garbajosa’s 1 on 1 defense:

There are more interesting things on Raptors’ defense. One example is the way they switch in screens. They are brave enough and, of course, they are organized enough to do it. A lot of teams have problems when they face this kind of defense. The first reason this is successful is because few teams use this at the beginning of their offense. I’ve found that more teams that use this defense quite often when the shotclock is close to 7-8 seconds. The second interesting thing about the Raptors defense is they are ready to help in case they need to:

To finish with their defense, there is something that give an idea about the “European” style of this team - their zone defense. Although there are many teams which use zones, Toronto is probably the team that get more positive things from their zone. Perhaps the fact of having more European players (or players who have been playing overseas) help them to understand better this kind of defense. It’s very interesting that their zone is flexible, and they can change from one kind to another in the same play. As we watch in the images, the 1-2-2 zone, becomes a 2-3 zone as the offense goes on:

I’ve got to say that I really like this team and the way they play. Let’s see what they can do in the playoffs… I’m really optimistic!
Publicada por Mário Silva à(s) 14:15 2 comentários: 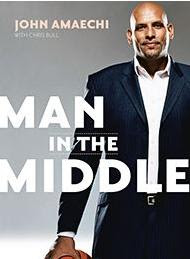 By European Coach Raul Jimenez
I told my Hoops Addict friends that I would analyse Raptors’ game from the point of view of an European coach. And now, when I’ve already watched them I think it’s time to do it and help you to know them a little bit better. Of course, it’s hard to know a team if you can’t watch their practices, their meetings… I mean, there are a lot of things we can’t see, a lot of job “behind the cameras”. But I’ll try my best.
Let’s start with their offensive patterns. There are some things really interesting about Raptors’ offense.
1. Situations with their power forward or center placed far from the basket (Garbajosa and Bargnani, both of them with good skills to score, shooting threes or driving against slower defenders)
2. Use of the corners: with Garbajosa or Bargnani there, there’s always a scoring menace.


3.Quick plays for pointguards: T.J. Ford and Calderon are really good, they can score and they can kick the ball for a free teammate
4.Flex offense situations, which give space to their quick posts.
5.Clear out situations: Using their outside menace to make defense choose what they try to stop.
6.What I like most, the use of Garbajosa as a “3”. It’s a very important step for the player and also something useful for the team.
At this point, we can take a look at the rest of the videos

The main goal with this play is to pass the ball inside, but it’s really interesting the way coach Mitchell places Garbajosa in the corner making it really difficult for the defenders to cover the low post and the corner at the same time, as we saw in the first video. This pattern gives Raptors a lot of possibilities to score.

They run different plays starting with this same pattern:

1.To free the point guard through pick and roll situations.
2.To post up the forward.
3.To play high – low situations for the inside players.


Toronto has some really good one on one players. Bosh is one of the League Stars, but also T.J. and their “4’s” can take advantage of these situations. Raptor’s big men can drive, post up or shoot, and that’s something they use wisely. Even if we don’t have them on the video let’s not forget Parker or Graham whose one on one is good also.


There are multiple options when running this play. Forwards cutting to the basket, posts popping to the three point line… Pick and roll situations if they can’t shoot.


It’s the most common offensive situation in basketball all over the world. Both in Europe and in the NBA there are two key players you must have to score or be fouled every time you use the pick and roll:

A good outside player, who can drive hard to the basket and is also a good passer
An inside player who can pop out and shot.
Toronto have both of them, so they have a good security net in case their regular offense doesn’t work. They can use the pick and roll “isolated” but also at the end of their regular plays.

In the next days we will focus on Raptors’ defense, which is also very interesting.
Publicada por Mário Silva à(s) 14:02 Sem comentários: