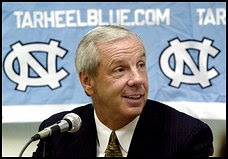 Bob Cousy, one of the greatest passers and playmakers in NBA history, was flashy before flashy was cool. "The Houdini of the Hardwood", he was the original "Human Highlight Film." He was magical before there was "Magic." Benched early in his college career because his coach didn't like his revolutionary, razzle-dazzle style, Cousy went on to help build the Boston Celtics of the 1950s and 1960s into basketball's most enduring dynasty-America's team. He was such a passionate and intense player that he would often suffer from stomach cramps and chest pains in the locker room before big games. 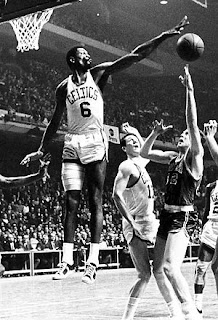 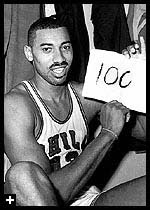 He was basketball's unstoppable force, the most awesome offensive force the game has ever seen. Asked to name the greatest players ever to play basketball, most fans and aficionados would put Wilt Chamberlain at or near the top of the list. Dominating the game as few players in any sport ever have, Chamberlain seemed capable of scoring and rebounding at will, despite the double- and triple-teams and constant fouling tactics that opposing teams used to try to shut him down. As Oscar Robertson put it in the Philadelphia Daily News when asked whether Chamberlain was the best ever, "The books don't lie."

The History of March Madness 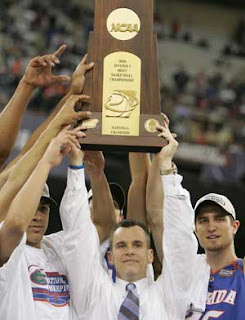 William John "Billy" Donovan (born May 30, 1965 in Rockville Centre, New York, United States) is a basketball coach who has taken the University of Florida men's team to 2 NCAA Final Fours in 2000 and 2006, the 2000 national championship game, and the 2006 NCAA championship with a 73-57 win over UCLA. He is one of only six men to reach the Final Four as both a player and a head coach; he's one of only three (Dean Smith and Bob Knight being the others) to play in the Final Four and win the national championship as a coach. He and Bob Knight are the only active male coaches in this club, joined by current Baylor women's coach Kim Mulkey-Robertson.

In the 2005-2006 season, Donovan's young Gator squad posted the school's best-ever win streak to start a single season, reeling off 17 straight victories and reaching #2 in the nation. However, the team failed to reach the top spot as it lost its first game of the season to Tennessee. This loss was followed by a surprising season sweep at the hands of eventual 2006 National Invitational Tournament Champion South Carolina Gamecocks. However, Florida avenged those losses by ending South Carolina's surprising SEC Tournament run in the finals and thereby winning the SEC Championship. This season ended as the most successful in the history of both Donovan and Florida basketball, as the Gators defeated UCLA 73-57 in the NCAA championship game, winning the school's first NCAA title 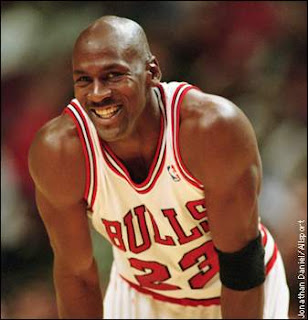 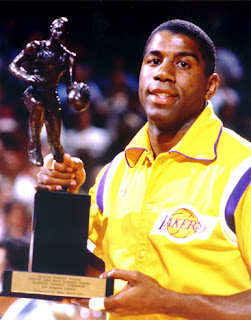 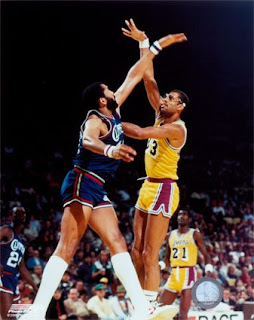 Kareem Abdul-Jabbar, formerly known as Lewis Alcindor, was the kind of player that graces a sport once in a lifetime. The basketball world might never again see an athlete dominate the sport for as long and as thoroughly as Abdul-Jabbar did. From the time he stepped on the court at Power Memorial High School in his native New York City, to the time he retired as the NBA's all-time leader in nine statistical categories, the 7-foot-2 Abdul-Jabbar established himself as basketball's most talented and recognizable figure.

After earning three All-America selections at Power Memorial High School, where he guided the team to a 95-6 record, Abdul-Jabbar became part of one of the greatest teams in the history of college basketball. Under Hall of Fame coach John Wooden, Abdul-Jabbar guided the UCLA Bruins to a three-year mark of 88-2, three consecutive NCAA titles (1967-69) and was the first and only player to be named the NCAA Tournament's Most Outstanding Player three times. The three-time college All-America simply ruled the game at the college level, earning the title of College Player of the Year from 1967 to 1969 from The Sporting News, United Press International, The Associated Press and the U.S. Basketball Writers Association. Upon the time of his graduation, Abdul-Jabbar was the Bruins' all-time leading scorer with 2,325 points.


In only his first of a stellar 20-year career, one that saw Abdul-Jabbar play no less than 65 games a season, the smooth and competitive seven-footer was named NBA Rookie of the Year after averaging 28.8 ppg and 14.5 rebounds for the Milwaukee Bucks. Abdul-Jabbar became an instant force in the league, bringing finesse and agility to the center position, which had previously seen brute force and strength as the rule. With superior physical fitness and skill, Abdul-Jabbar joined with the "Big O," Oscar Robertson, to capture Milwaukee's only NBA title in 1971. Abdul-Jabbar averaged 30 or more points in four of his six years with the Bucks and was named the NBA's Most Valuable Player in 1971, 1972 and 1974. 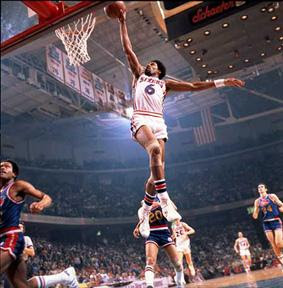 Julius Erving was born in Hempstead, Long Island. His father left the family when Julius was only three. His mother worked as a domestic to support her three children. The family lived in a public housing project, and life was difficult, but Mrs. Erving worked to instill a sense of self-worth in her children, and young Julius realized his gift for basketball could be a ticket to a better life. By age ten, Julius was averaging eleven points a game with his Salvation Army team.

When Julius Erving was 13, his mother remarried, and the family moved to the nearby town of Roosevelt. There, Julius maintained a high academic average and played on the high school team, all-county and all-Long Island teams competing in state-wide tournaments. Erving acquired the nickname "the Doctor" while still at Roosevelt High. His teammates would later alter this to "Dr. J."

The basketball coach at Roosevelt High, Ray Wilson, introduced young Julius to Coach Jack Leaman of the University of Massachusetts. After high school, Erving entered the university, where Ray Wilson was hired as assistant coach the following year.

At Massachusetts, Erving broke freshman records for scoring and rebounding, leading his team through an undefeated season. The next year, he had the second best rebound tally in the country. Over the summer, he joined an NCAA all-star team touring Western Europe and the Soviet Union. He was voted most valuable player on this tour.

Julius Erving left the University to go professional after his junior year. He is one of only seven players in the history of NCAA basketball to average over 20 points and 20 rebounds per game.

In 1971, Julius Erving began his professional career with the Virginia Squires of the American Basketball Association. The ABA was fighting an uphill battle to gain the same recognition enjoyed by the more established National Basketball Association (NBA). Julius Erving, or Dr. J, as fans now called him, did more than anyone else to win that recognition for the new association.

In 1973, Dr. J. attempted to sign with the Atlantic Hawks of the NBA, and found himself in the middle of a complicated legal wrangle. The Squires claimed he was still under contract to them, the Milwaukee Bucks claimed draft rights to Erving under NBA rules, and his old management sued him for damaging their reputation by trying to break the Squires contract. The affair was finally settled out of court. Erving remained with the ABA to play for the New York Nets. Once again, Erving led the league in scoring and led the Nets to an ABA championship, winning four-out of-four games against the Utah Stars. In the first of these games, Erving scored 47 points, sparking comparisons with the greatest players of all time.

In the 1974 season, Erving suffered from knee pains and was forced to wear special braces on the court, but it didn't stop him from another spectacular season. On his 25th birthday, he scored 57 points against San Diego.


After being voted Most Valuable Player in the ABA form 1974 to 1976, Dr. J. moved to the Philadelphia 76ers of the national Basketball Association. He remained in Philadelphia for the last eleven years of his pro basketball career, leading the 76ers to an NBA championship in 1983. When Dr. J. finally retired in 1987, he had scored over 30,000 points in his professional career; he is one of only three players in the history of the game to achieve this feat.

After retiring from professional basketball, Julius Erving became a commentator for NBC and appeared in the feature film The Fish That Saved Pittsburgh.

Julius Erving now serves on the Board of Directors of Meridian Bancorp and of the Philadelphia Coca-Cola Bottling Company. He is also President of the management and marketing firm JDREGI. He is, of course, enshrined in the Basketball Hall of Fame, and in the memories of everyone who ever saw him play. 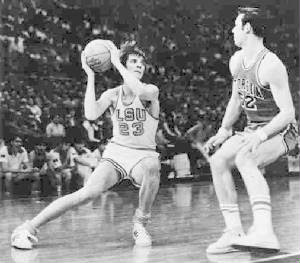 When Peter Press Maravich stepped onto a basketball court, spectators and opponents had to have a carefully trained eye because "Pistol Pete" rarely duplicated the same move twice. Perhaps the greatest creative offensive talent in history, Maravich's offensive repertoire was endless: He could dazzle with Harlem Globetrotter-like dribbling, toss a no-look pass with pinpoint accuracy or sink a fall-away jumper with two defenders draped on him. The basketball court was "Pistol Pete's" personal playground; every night was a show and no one, not even Maravich, knew what scoring records he might shatter. Noted for his mop of brown hair and floppy gray socks, Maravich scored more points in college than any other player in history. In only three years playing for his father Press at LSU, Maravich scored 3,667 points -- 1,138 points in 1968, 1,148 points in 1969 and 1,381 points in 1970 -- while averaging 43.8, 44.2 and 44.5 points per game. In the process, "Pistol Pete" set numerous NCAA, SEC and school records and was named a three-time All-America. In his collegiate career, the six-foot-five guard averaged an incredible 44.2 ppg in 83 contests and led the NCAA in scoring three times. He also set an NCAA record by scoring more than 50 points 28 times.


The 1970 College Player of the Year was selected third overall in the NBA draft by the Atlanta Hawks and wasted little time becoming a prime-time player by averaging 23.2 ppg in his rookie season. After spending four seasons in Atlanta, Maravich was traded to the New Orleans Jazz where he peaked as an NBA showman and superstar. He made the All-NBA First Team in 1976 and 1977 and the All-NBA Second Team in 1973 and 1978. He led the NBA in scoring in 1977 with a personal high 31.1 ppg. Maravich finished his career with the Utah Jazz and the Boston Celtics in 1980. In 10 NBA seasons, Maravich scored 15,948 points in 658 games for a 24.2 ppg average. His NBA single-game high, a 68-point explosion, came against the New York Knicks on Feb. 25, 1977. 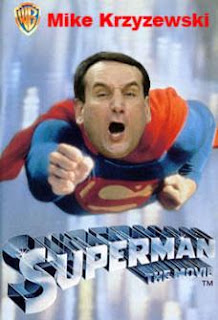 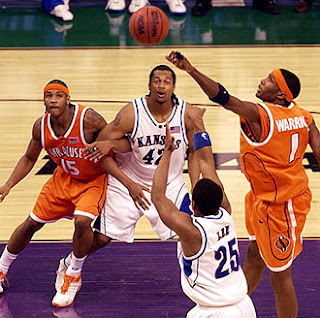 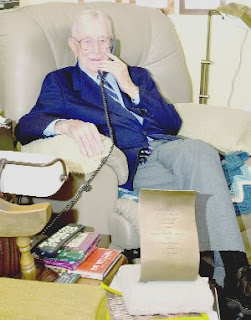 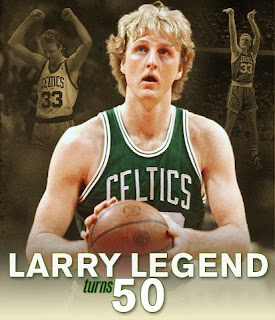