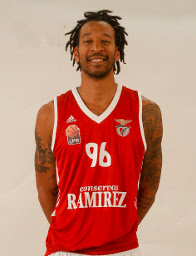 The Pick and Roll Propaganda

I’m going out on a limb here and saying, “Somebody came in and changed the basketball rules while we weren’t looking and its integrity was stolen.” Let’s label it: The Pick and Roll Propaganda and consequential interpretation of the rules of the game results in players no longer learning the full game of basketball
From where I sit I see the modern day basketball player, by and large, becoming a victim of over-specialization. Robotically programmed if you will. How many players are learning the whole game? How many can learn it? How many players do you know, that really know the intricacies that come with mastering the entire game, inside out? Role players are one thing, fine, stars and specialists too, fine. Robotics is another thing, while players that are “specialized” in the total game are very few and very far between. And here I ask, what about “glue” players, guys who make key plays and produce in other ways? The ones who don’t have the big numbers that the specialists get? Who’s more important and which has more value?

Integrity of the game

Was and is basketball still a team game? The Pick and Roll Propaganda which encourages seven-foot men to brutally and in motion, block, damage, and destroy smaller players speaks directly to the integrity of the game itself my friends, and it’s screaming that there is absolutely no dignity in it. Ever since its invention, basketball has been a “fair rules” game.  There was dignity in decisions, designed as a game of equal balance of offensive and defensive concepts, a game that allowed for proportionate defensive and offensive solutions. The integrity of the game was based on it and  IMO, until recently, was preserved. Yet, permitting the use of moving blocks (screens) introduces a condition of inequality that demolishes its balance as a game. Moving blocks, on and off the ball, in worldwide basketball were until recently, prohibited, controlled and strictly sanctioned just as they were in the NBA. It’s different now, very different.

One of basketball’s  most important defensive teachings and rules has been that players had to, “go over the top” when confronted with guarding the player with the ball in the presence of a block/screen. Moving blocks make this obligation impossible. Because they create an unfair, un-defendable situation that forces a defensive team to react in an obligatory way. In essence what they have also created is a situation where referees have no discernible rules to guide them, relying on individual opinions in judging the physical contact between three players. Worrisome. Nowadays Euro teams have become totally dependent on these “moving blocks”. Using continuous Pick and Roll’s  you can let a large player block like an NFL lineman.  As a result, the game has become a rougher version of Handball– hard to understand and defined by friends as karate with a ball. Is this what the rectors of our game want? I hope not. Did someone use the word “Evolution” of the game? I may smell and even stink naïve, but my understanding of evolution implies improvement. Moving blocks are the exact opposite. They destroy. Period. So what’s the logic? That both teams have the same weapon is not an argument. Moving Blocks create a situation that OBLIGES the defensive team to play the game in a specific way.  Technically speaking, moving blocks create half-court, five against four situations. The defense is forced into a type of collapsing, match-up zone, to protect against penetration, the danger of the rolling, running interference or popping pivot and the stretched spaces and passing lanes created. Simply put, the defense must now scramble to protect the basket. Therefore, all defensive player must now be in constant “help” position, allowing a situation where the ball can be freely circulated. Consequently,  even the simplest, traditional, tried and true, basic defensive concept of the “one pass away, off the ball” defensive player in “deny” defense position is impossible to achieve. Because moving blocks have created a “follow the bouncing ball” defensive deployment. Forget Bobby Knight or the defensive predisposition to, “dominate your adversary.” There are seven foot moving bodies mowing (smaller) players down! Forget “Help Side”. Players have to be primarily concerned with self-preservation and ball penetration, in that order.

Match-up zones, pick and roll, and other boring stuff

Traditionally, when a coach’s game plan against a superior team is to try and keep a game rhythm controlled and try to “keep it close,” the match-up zone is a viable defensive weapon that can achieve that goal. Moving blocks oblige the teams in Europe to play this defense in 80% of their half court protection. Boring. For the offense, on the ball moving blocks provide penetration to the basket. The helping and adjusting by the adversary forces kick out passes, which produces a higher number of long distance shots being taken, which increases the number of long (erratic) offensive rebounds grabbed or swatted outside, which creates more offensive possessions (not necessarily higher scores). For the defense, moving blocks create disadvantaged five on four situations, a continuous help and recover race, an impossible box out situation, and a helter-skelter free for all after every outside shot. In conclusion, moving blocks to be considered not a part of fair play rules and are not what the inventors had in mind. The result, besides being dangerous, they destroy the integrity and the dignity of the game. “So many roads, so much at stake So many dead ends and I’m at the edge of the lakeSometimes I wonder what its gonna takeTo find dignity.”Bob Dylan